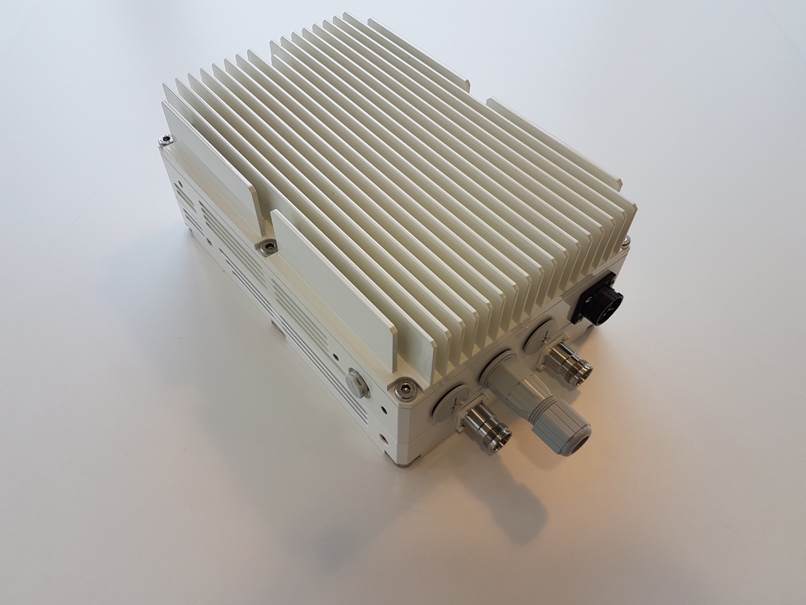 The RF processing stages will include complex technologies such as Digital Predistortion (DPD) and Crest Factor Reduction (CFR) which are key to ensure high fidelity of transmitted signals across the airside interface.

The high speed logic may be implemented in a Field Programmable Gate Array (FPGA).

Lower speed interfaces may be used to control antenna arrays and other functions.

An FEM is used in TDD variants as a highly integrated module. The Front End Module (FEM) contains the following key elements:

FEM Model variants used in Remote Radio Heads to cover different frequency bands and power levels. Please note this is only a partial list of examples:

The Power Amplifier takes signals from the Transceiver (TRX) and boosts to high power levels needed for over-the-air transmission. The output power may vary from 100mW up to 80W per chain (channel) depending on the specific model and application.

The Low Noise Amplifier (LNA) takes low level input signals from the antenna and boosts them to suitable levels to feed to the Transceiver (TRX) module. The LNA must be suitable shielded to prevent unwanted signals entering, including from other items within the RRH.

This RF stage is key to remove unwanted harmonics from the transmission, and also block any unwanted signals from adjacent bands entering the sensitive RF receiver 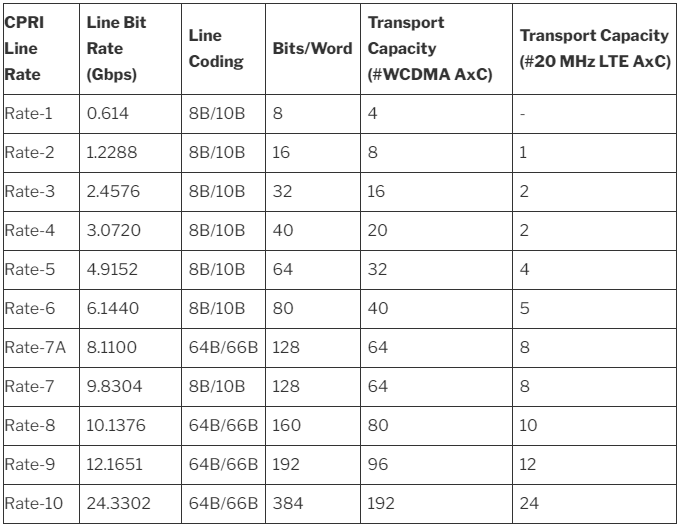 CPRI, or Common Public Radio Interface, defines key interface specification between REC (Radio Equipment Control) and RE (Radio Equipment) of radio base stations used for cellular wireless networks. It is a protocol of choice for fronthaul communications between towers and base stations (BSs) through several generations of wireless networks. CPRI has efficient and flexible I/Q data interfaces for various standards, such as GSM, WCDMA, LTE, etc.

eCPRI was created and published after CPRI. The eCPRI standard defines specification which connects eREC and eRE via fronthaul transport network. It is used for 5G systems, LTE-Advanced and LTE-Advanced Pro.

The Purpose of development of CPRI and eCPRI is as follows.
Radio BSs should offer flexibility during deployment to MNOs( mobile network operators). This is achieved by simplifying BS architecture by dividing radio BS functionality into two modules viz. eREC and eRE. Both parts may be physically separated where in eRE is kept close to RF antenna where as eREC kept at a distant end. Both are connected via a transport network. The eREC contains part of PHY layer functions and upper layer functions of the air interface whereas eRE contains the other part of the PHY layer functions and the analog radio frequency (ARF) functions. The different functions can be located either in the eREC or in the eRE.

This table shows the different transport capacity at different line rates. Since 5G requires tremendous bandwidth expansion, line rate option 10, the newest standard, can meet latest 5G requirements. However, this processing capacity has reached the upper limit of the standard, causing doubt about whether 5G can be used with CPRI for future expansion.